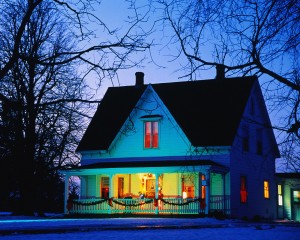 Many people don’t realize they could earn extra income by simply renting out their home and living “smaller.”

A few weeks ago, one of my clients came up with an ingenious way to earn extra income. He decided that he wanted to rent out his house and he and his wife would move back in with his mom.

Not the best of situations for sure, but even by giving his mom $1000 a month, this would suddenly give him the opportunity to earn about $1800 of extra income per month. (Not too shabby.)

The good news is, because of the housing crisis, the rental market is really hot, especially in Southern California where he’s located. So the opportunity to earn extra income in these types of communities has suddenly become a reality.

In his case, his dad passed away recently, so this new arrangement means he’d be able to keep his mom company while still having his freedom.

He got the idea of earning extra income from his home by hearing how the recession has caused many college graduates to move back in with their parents in order to save money.

As I explored for him the laws and processes for being his own property manager, I learned that what he was doing was becoming pretty common, especially for people who live in areas where the rental market is heated up. A friend was telling me about his neighbor who moved into a low-cost apartment in his area and rented out his middle-income home so he also could earn extra income.

In his case, he added over $2000 to their monthly income and said he felt like he was moving back in time, to when he just graduated college. It actually felt like more fun than he expected, especially because his bank account is actually growing, for the first time in a while.

This strategy will not help everyone earn extra income. However, it’s definitely something worth exploring, especially if your home is situated in a hot rental market.